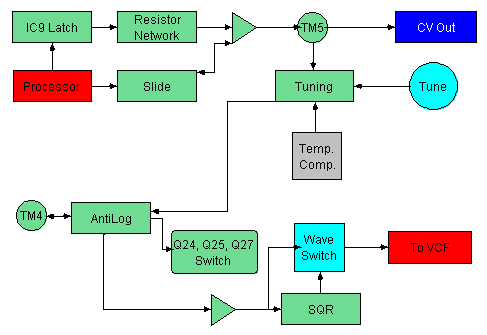 I'm surprised no one wrote about this before, as it has a lot to do with slide time, and it's fairly simple to analyze. 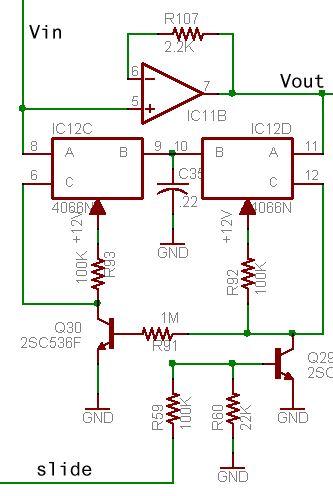 The noninverting op amp somehow works very well together with the DAC network to provide unity gain and buffering. That is… when the 4066 is turned off!

When SLIDE is HIGH, Q29 and Q30 are both turned on, and this should pull IC12C and IC12D closed (it is an analog switch chip) so that no signal flows through across the capacitor. This seemed a bit unusual to me because that means that slide would normally be high. So when SLIDE goes LOW, the transistors are turned off, allowing IC12C and IC12D to turn on, and allow the tuning voltage to flow across C35, making it lag if it changes. This creates a pitch sliding effect, instead of an instant change. 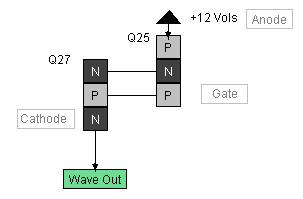 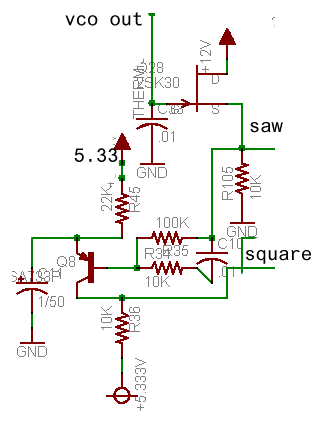